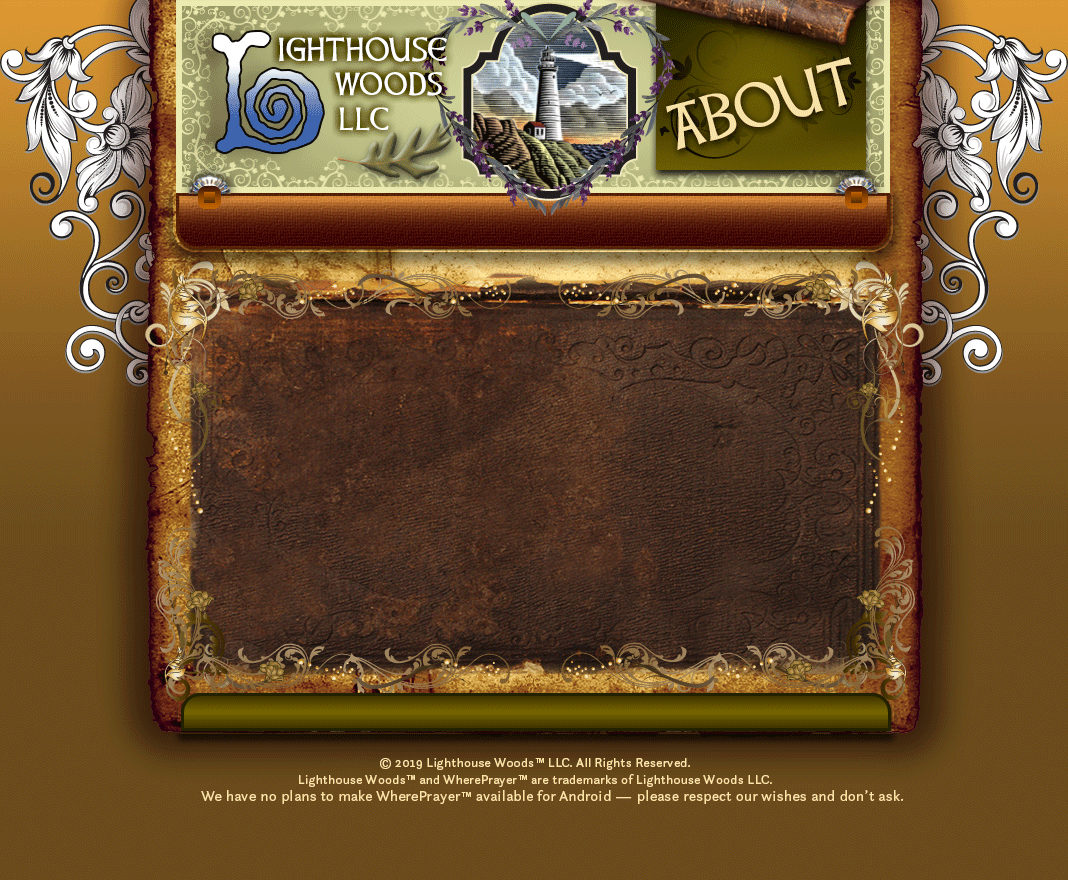 The WherePrayer™ app gives a glimpse into two people’s response to not knowing what to do in the face of burgeoning and horrific tragedies we see in the daily news, mostly from natural disasters and indiscriminate violence caused by gunpowder and other combustibles. When we cannot DO anything, how can we do SOMETHING? Pray. But we need encouragement in seeing others pray for the same, or similar, places. We figure that we are not alone in these feelings. <Scroll for More>

A Little About Jeff and Laura

Jeff’s computer career spans forty years. He has worked in mobile software since 2004, starting at Palm Inc. Laura is a collage-artist, graphic and web designer, informal religious-studies student, eclectic reader, and meditation advocate. In 2018, the Year of the App, we celebrated our 36th wedding anniversary. January 1, 2019, we celebrated our 40th New Year’s Eve together. The app is not the result of a committee or focus group but is borne from the mission of two people over the long-term.

WherePrayer™ was really app #2. In November 2012, Laura was laboring over her first app when she got the idea for WherePrayer™. She dropped everything and started working on it.

Around that time — the exact date is lost to time — Laura had a dream. Jesus wanted two things: that the WherePrayer™ app get written and become available to the general public, and that Laura become Christian. Okay fine, but she had her own stipulation: that Jeff and she be able to earn a living from WherePrayer™. Jesus and she struck a deal — they shook hands, so to speak.

Her whole life, Laura was “spiritual but not religious,” as millions of Americans are. She decided to become an active seeker. From 2012 onwards, she studied Christianity. To fulfill her part of the bargain in her dream, she joined a church, became a catechumen, and in 2017 got baptized. To her surprise, she is a rather enthusiastic denominational Christian — how could she not?

Jeff and Laura told no one about the project. For five years, Jeff developed the app on weekends in secret. In May 2017, Jeff found himself unemployed. He was quite happy about this turn of events because, at long last, he could devote full-time to WherePrayer™. He dove into the project — living, breathing, sleeping — the app for a year. Then in May 2018, he released the app to beta-testing.

Jeff and Laura have no plans to offer WherePrayer™ for Android. Please respect their decision, and don’t ask. It’s not going to happen.

Even though Laura is Christian, WherePrayer™ is religion-independent. People of all faiths, or no particular faith, seekers, inquirers, even agnostics and atheists, can use it. It is “mail for prayers.” The app is for God’s purpose and we offer it in Jesus’ name. Part of the app’s earnings will go to charity.

Jeff and Laura devote whatever leisure-time they have to rescuing domestic cats, particularly elder breeder-moms. Since 1985, they have permanently adopted and given a comfortable home to forty-seven cats. In case you’re wondering, the cats are allowed on the furniture.